Homeopathy is a different way of knowing and works perfectly well within its own frame of reference – it cannot be judged by science.

This ‘everything is subjective’ line is a well worn trope heard from many practitioners of CAVM – how can science ‘prove itself’, much less disprove anything which operates oustide its purview? Such commentators though want it both ways as we will see.

The point hinges on the very philosophy of science itself and disingenuous homeopaths as well as well-meaning but naïve scientists will suggest that any scientific argument against homeopathy is, at its root, prejudice. Homeopathy, it is claimed, is merely one of many ways of looking at the world and understanding it. As such, although different from science, it is deserving of equal respect. Good scientists, critics say, recognise this and should always have doubt. Well, that last point is certainly true, but it doesn’t mean doubt can be filled in with any old far-fetched nonsense which springs to mind. 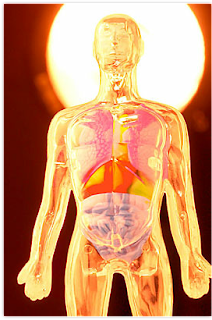 To be clear, the core philosophy of science has little to do with the way medical trials are conducted or the usefulness evidence-based medicine. Certainly, medicine employs scientific tools – the double blind placebo controlled trial, confidence intervals, metanalyses and so forth but medicine (and by extension EBM) is no more a science than engineering is, both use science but that does not make them science; they are technologies.

One of the best illustrations of scientific principles is simply if something is going to claim scientific credentials then those credentials must be able to be tested by science. That’s it really, nothing more – 'Put up or shut up' in other words. Science isn't even about finding answers, being far more concerned with asking questions.

Philosophers of a post-modern bent (and possibly a few who like to sound clever!) will argue science is just 'another way of knowing' and that all healing (and other) modalities are equal but different. While this makes for interesting debate it is meaningless in practical terms in the real world. We know much of how the universe works. Consequently we know if a culture believes it is possible for humans to fly unaided while it might be polite of us not to directly contradict or otherwise disrespect members of that particular culture, even a homeopath would be ill advised to take politeness so far as to step out of a high window on their say-so. You can't have one set of facts, or truths for one group and a different set for another.

Critics are regularly castigated by its adherents for describing homeopathy as unscientific. Quite the opposite we are told, loudly and with vigour, homeopathy does indeed work by scientific principles (inevitably quantum physics as a rule), non-homeopaths are just too feeble-minded to see it. Yet, when the paucity of their ‘scientific’ evidence is pointed out to them, instead of doing the scientific thing by upping the ante and performing better tests homeopaths instead accuse critics of prejudice and bigotry while at the same time doing a volte face and hiding behind the skirts of New-Age philosophising. From this refuge they will claim they’ve changed their mind and actually homeopathy can't be tested by science afterall (that is until the next poorly performed trial comes along which claims even the smallest of effects from homeopathy, at which point all the mental gymnastics and philosophical navel-gazing get quietly shelved!). This really is wanting to have one’s cake and eat it, but that isn't how science works.

Homeopathy craves all the kudos and credibility science brings but will not accept the scientific process and the discipline that comes with it – mainly the discipline of discarding cherished beliefs in the face of contradictory evidence. It is homeopaths who are attempting to prove homeopathy by science, not scientists. If they were content to present themselves as practitioners of a mystic, unexplainable and untestable philosophy this whole debate would have a very different tone.
Posted by Aillas at 07:08