Few Veterinary Surgeons or Nurses would be convinced if we were told that it was possible to diagnose disease by feeling for lumps and bumps on our patients’ skulls. Yet 100 years ago many people believed just that. Phrenology, as it was called, was practiced by many prominent public figures of the day, including Royalty all of whom were convinced of its merits. It was even practiced on animals. The subject was debated at length by scholars and intellectuals and was supported by masses of detailed text books and articles in specialist journals. Nowadays Phrenology is defunct and discredited and the only sign that it ever existed is the occasional porcelean head marked with impressively named bumps usually found in curio shops. 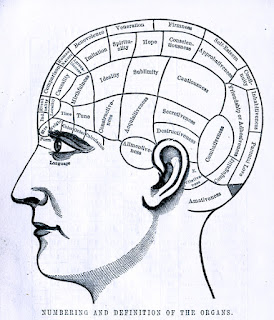 The reason that these days few people have even heard of Phrenology is simply that real evidence for its effectiveness was found wanting. While in selected cases Phrenology apparently produced miraculous results, when the totality of cases was looked at, no clinical effect was found. Science proved what common sense should have told people all along; that there is no reason why bumps on heads should reflect anything other than... well, bumps on heads. Phrenology owed its existence solely to the blind faith of its practitioners and their willingness to rely only on favourable data whilst ignoring the rest.

Now consider something that is still used widely in human and veterinary medicine today, also by worthy and intelligent people but which has an even more unlikely basis than Phrenology. Homeopathy is a treatment invented two centuries ago at a time when purging and bleeding were common-place in the treatment of disease but which, unlike its more violent contemporaries has remained unaltered since. In homeopathy, remedies are made by taking basic ingredients such as Peregrine falcon, condoms, or the Berlin wall (these are genuine examples) and diluting them to such levels that a quantity of remedy equivalent to all the atoms in the known universe wouldn’t contain even a single molecule of the original. Yet even though there is no trace of anything other than water in their remedies homeopaths claim incredible results in the treatment of any condition you care to name including SARS, AIDS and cancer. Despite the fact that this underlying principle defies both common sense and scientific rationale, critics of homeopathy are dismissed as being out of harmony with today’s holistic New Age in the same way that critics of Phrenology were once called out of touch with the progressive Victorian Age. 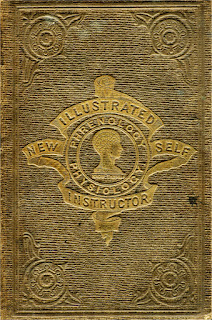 When we look at the research we find that, like Phrenology, almost all supporting evidence for homeopathy is found within specialist journals and texts written by homeopaths themselves.  Much of this literature is questionable, suffering as it does from publication bias and is incapable of being replicated by independent researchers. Other, more objective studies have combined the results of multiple trials and in no case has any firm evidence been found in favour of homeopathy.

In conclusion homeopathy, like Phrenology before it, has many supporters, all of whom are convinced that it works; yet it has no basis in science and should have no place in the Veterinary profession founded as it is on rational principles.  Like Phrenology, homeopathy is an illusion sustained only by the faith of its followers and their selective use of evidence.

In the story of the Emperor’s new clothes, people are unwilling to admit what is obvious for fear of being ridiculed by others. Well, it’s about time we admitted that if our homeopathic Emperor appears to be wearing no clothes then, no matter what excuses he tries to come up with, the Emperor really is making a spectacle of himself.


(This was originally published in the letters pages of the Veterinary Nursing Times)
Posted by Aillas at 07:35