Now, about gluten intolerance in dogs... 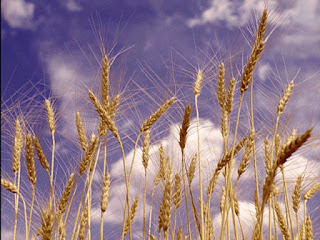 An excellent article, examining the literature on nutrition in the Veterinary Times this week from Marge Chandler with a comprehensive, well referenced, diplomatic and well reasoned put down of those who claim gluten sensitivity and coeliac disease in particular is a raging epidemic in the pet dog population of the UK and elsewhere.

It turns out even in humans the true incidence is only 0.2 to 0.5 percent, despite all those food-faddists claiming to have (self-diagnosed) gluten intolerance, and the incidence in dog is minimal to extremely tiny. Despite the wails of the raw feeding lobby as represented by BARF and RMB, true (as opposed to imaginary) gluten intolerance is not a disease that is a problem in real-world veterinary practice. If the raw food lobby are so convinced it is though, it would be extremely easy for them to take a few samples and prove their case. I'm sure permission would be easy to obtain from similarly convinced dog owners and costs would be minimal, particularly for a pilot study. It remains a mystery why such work has not yet been carried out.

The aminosaccharides chondroitin sulphate and glucosamine, although they have been used for many years to treat arthritis in dogs and seem to give a subjective improvement when assessed by caregivers, are found to have no effect when assessed objectively using force-plate analysis. Although no adverse reports were recorded from these studies a seperate case of fatal acute hepatotoxicity was reported following overdose, so we are advised to use these supplements with care.

Fish oils (Omega-3s) fare somewhat better with both subjective and objective improvements in joint function being recorded in dogs following administration and an improvement in the wellbeing and activity levels of cats. And finally it is confirmed that commercial renal diets are the most important, effective tools you can get in the control of chronic kidney disease in cats and the earlier in the disease process you start, the better the long-term effect. Used alongside the symmetric dimethylargenine (SDMA) test, allowing earlier detection of kidney disease than ever before, this means we have the means to really help in these difficult and distressing cases.