Well, I am sorry to say this will be the last post on Vet CAM Commonsense. 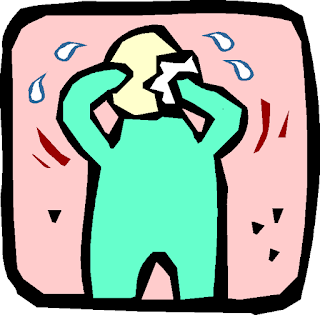 No, no, it's ok, there's no need to be downhearted - dry those tears and turn up those corners! Because the blog will continue... just not here (although all the old posts will remain, naturally). I have decided to consolidate my ramblings about sceptical and CAM matters so in future the main website will be found at the brand-new RationalVetMed.net site, which will also host the new blog. 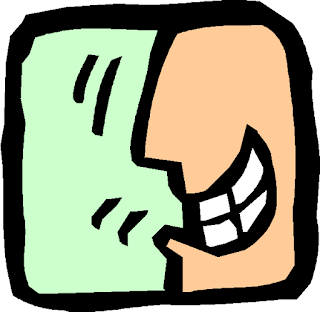 My original RationalVetMed.org web site will continue although I will be moving most of the articles to the new site to simplify it and allow it to become a straightforward repository for the various CAM references which is the original reason it was set up in the first place and is really the thing it does best.

So, hop over to RationalVetMed.net and have a look, sign up and leave comments - the campaign continues!

And on a related matter, if you have enjoyed what you have read here make sure and keep an eye out for the forthcoming 'No Way to Treat a Friend', a book jointly authored by me and fellow veterinary surgeon and sceptic, Alex Gough, which will lift the lid on the dubious claims of complementary and alternative veterinary medicine in a way that is hopefully entertaining and informative at the same time. It is due to be published by 5M publishers in the autumn. For updates on its progress check out the RationalVetMed blog.

So, fare thee well for now, I'll see you on the other side!
Posted by Aillas at 09:36 No comments:

In a letter in the latest Veterinary Times, veterinary surgeon Alison Price has spotted that a pet insurance company (Direct Line) while on the one hand correctly declining to pay out if a claim arises when an unvaccinated animal is affected by a disease preventible by vaccination will, on the other hand, accept the use of nosodes (so-called homeopathic vaccines) as evidence the animal is protected. [1]

Nosodes, strictly speaking a form of isopathy but very much homeopathic in principle, have long been discredited as being of any use in protecting animals against disease. The Faculty of Homeopathy itself even advises they cannot be relied on to protect in this way and recommend vaccination instead:

‘Nosodes are sometimes offered as alternatives to conventional vaccines, in both the human and veterinary fields. The Faculty is of the opinion that there is currently insufficient evidence for it to promote this methodology. The Faculty follows the Department of Health guidelines on immunisation and recommends that immunisation be carried out in the normal way unless there are medical contra-indications.’

‘Those patients who seek to use nosodes in place of conventional travel vaccinations and malaria prevention, should note that this method is currently unlikely to be acceptable to insurance providers. Likewise, in veterinary applications, they will currently not fulfil ‘pet passport’, equine competition or official kennel requirements.’


Yet it seems some pet insurance companies—unlike travel insurers, boarding kennels and the Department for Environment, Food & Rural Affairs (DEFRA) who supervise pet passports—will accept the validity of the use of nosodes simply, according to their spokesperson, on the recommendation of a qualified vet. Direct Line were quoted as saying, ‘As an insurer, we are not in a position to advise on the vet's clinical judgement’.

When that judgement is flawed and so unbalanced as to represent a danger to our animal patients though, perhaps they should reconsider their position. Simply denying responsibility isn’t good enough. Then again, who can blame them when the Royal College of Veterinary Surgeons, the governing body for UK profession, tacitly endorses the use of pseudoscience and magical thinking in veterinary medicine  because, according to then president, Bradley Viner, there is a ‘public demand’ for it and ‘there are strong views about these issues on both sides of the argument’. [2]

Well, there used to be a ‘public demand’ for the docking of dogs’ tails, bull baiting and cock fighting, but you don’t hear much from the RCVS about ‘both sides of the argument’ for them.

A Victory for Common-Sense 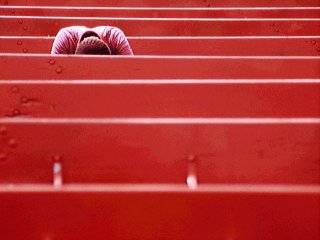 On his website, Mr Meacock starts by pointing out he is a ‘fully qualified veterinary surgeon who has established an international reputation for treating animals using a wide range of cutting-edge healing technologies and products.’ After that things start to go steadily down-hill as we discover the ‘cutting-edge healing technologies and products’ on sale are not what you might think and that, although Mr Meacock obviously believes passionately in them, some of his ideas are a little silly. In fact, this web site seems to be something of a Grand Central Station of Silly, where there is an uncritical acceptance of a wide range of nonscience-based concepts, regardless of scientific merit, proper evidence or plain common-sense.

For instance Mr Meacock tells us the Russians can change DNA using only words and language, to restore group consciousness and clairvoyance. Readers are advised that ten drops of ‘Aerobic Oxygen’ in a glass of water will increase its oxygen levels by over 400% and drinking it will boost the oxygen concentration of animals’ blood (clearly drinking oxygen is much more efficient than breathing it). Then there is Quinton Marine Plasma, which harnesses ‘the [unspecified] healing power of seawater’ and the Silent Healing CD, a recording of (you guessed it) complete silence, apparently useful for ‘space clearing and for group healing.’

The ‘Russian Healing Blanket’ we are told, in a glorious riot of technobabble, is a ‘new informo-bioenergetic therapeutic tool which uses the patient's own reflected infra-red and extra-high frequency emissions... [and] more evenly distributes the surface electrical charge density [of the body], thus providing a reservoir of energy that is drawn into the body through deficient biologically active points... of the body surface to rebalance the meridians and body energy systems.’

Phil felt strongly these sorts of evidence-free and patently ridiculous claims might be both damaging the reputation of the profession and, more importantly, harmful to animals. He initially brought his concerns to the attention of prospective candidates for positions in the council of the of the Royal College of Veterinary Surgeons (RCVS - the governing body for the UK profession) during an election debate at the forum Vetsurgeon.org in 2013. His pleas fell on deaf ears.

Shortly afterwards he lodged a formal complaint about Mr Meacock and his website with the RCVS’s Preliminary Investigation Committee (PIC). The complaint was first made in December 2014 and I was pleased to be asked at that time to help. Phil received a copy of Mr Meacock’s response to the complaint from the RCVS, which, though heavy on personal attack, was extremely light on the actual evidence Phil had asked for. Instead of arguing his case, Mr Meacock instead brought a charge against Phil himself, for bullying, a complaint which was later dismissed by the RCVS.

The RCVS is no different from any other large bureaucracy and has a lot on its plate. Inevitably there were many false starts and adjournments. Feeling he was getting nowhere Phil contacted Arlo Guthrie, the editor of www.Vetsurgeon.org, one of the largest and most active veterinary forums in the UK, for advice.

Arlo’s first instinct was to get together a group of like minded veterinary surgeons to offer advice and to widen the field to make the strength of feeling among the profession clearer to the RCVS. This group initially got together in August 2015 and thus was born the Campaign for Rational Veterinary Medicine (CfRVM), with the aim of responding to the false claims of veterinary alternative practitioners in the media, to publicise the real risks to animal welfare and the ethical concerns over veterinary homeopathy and to get this message across to the RCVS in order to convince the authorities this wasn’t a lone voice, but a united front. This was done in the form of direct submissions and a petition in support of reforming the (to date) laissez faire attitude of the RCVS.

Finally, nearly 2 years after the initial complaint, Mr Meacock was presented, by the RCVS, with a list of charges and advised the accusation was one of ‘conduct disgraceful in a professional respect’ and that he was to face ‘six charges relating to matters asserted on his website which the College alleged were misleading and/or inaccurate to the point of bringing the veterinary profession into disrepute’.[1] The hearing date was set for Tuesday 18 October 2016. Phil and other members of the CfRVM headed for London.

The day of the hearing involved a lot of waiting around in court where more knitting than legal debate took place. But finally an announcement was made. The Disciplinary Committee hearing into Roger Sidney Meacock MRCVS was being adjourned as he had voluntarily agreed to ‘amend his website in order to make it compliant with his professional responsibilities’. While this was not entirely what had been expected, it was nevertheless a victory, and a step forward for professional standards in the UK veterinary profession.

Mr Meacock and the far-fetched claims on his website were the catalyst that brought the members of the Campaign for Rational Veterinary Medicine together, and our work continues. We care about the rational and scientific basis for the UK veterinary profession and will continue to question the irrational ideas and treatments promoted by a small but vocal section of the profession to the detriment of our patients. Only with a real world foundation for the treatments we use and the advice we give can we be certain the animals which trust us to do our best for them are treated fairly and with respect and their owners and caregivers are not misled into believing certain treatments are effective when they are most certainly not.

So thanks, Roger, we owe it all to you.