What do you think of when you consider homeopathy - holistic, safe, trusted? Well, what about vivisection?

Even I, as someone highly sceptical of homeopathy, didn’t consider laboratory animals would be used to test homeopathic remedies. Surely that would be anathema to a practice which preaches gentleness and holism. For years I believed the British Homeopathic Association (BHA) when they proudly declared in their journal “Homeopathic medicines are NOT tested on animals and our Memorandum of Association clearly sets out that we may only ‘undertake and finance research into the problems of medicine WITHOUT vivisection’ 3(E)” [emphasis in the original].

Well, I was wrong – it appears their veterinary colleagues didn’t get the memo. 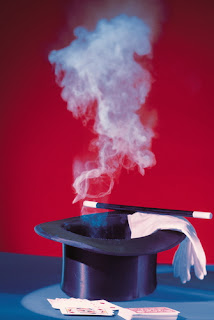 The magic of homeopathy: getting the public to believe anything

In 2014 the Honorary Secretary of the British Association of Homeopathic Veterinary Surgeons (BAHVS) stated in a letter in the veterinary press (1) “If one is bringing data, it should be the truth” and suggested the truth regarding homeopathy might be found in a series of “more than 800 veterinary papers” published on a homeopathy website owned by veterinary homeopath Mark Elliott (2).

Since first entering the debate surrounding veterinary homeopathy one of my preoccupations has been studying the evidence presented by homeopaths in support of their practice. I have gone as far as to devote a website to this activity which now contains critiques of some 200 articles and scientific papers on the subject of complementary and alternative veterinary medicine, none of which provides any evidence for the effectiveness of homeopathy – veterinary or otherwise. I had begun to despair of ever finding the proof of which homeopaths talked with such glib confidence and consequently told myself there would be little point in making a close study of the much heralded “800 papers”.

However, the question of evidence for homeopathy has always been central to the debate. So, somewhat against my better judgement, I turned my attention to the list in question. Perhaps this would be where the convincing proof homeopathy was all it was claimed to be would finally be found. I began by reading the first section, with authors whose names started with 'A'.

First impressions weren't promising - a jumble of languages, odd fonts, strange formatting and broken links greeted me as I scrolled down. Undeterred, I pressed on to discover there were thirty-nine papers in 'A' section, although after removing papers which had been published twice in different locations the number dropped to thirty-six.

Despite the claim these were all “peer reviewed papers” I found a multitude of symposia proceedings, article reviews and case reports - there was even a book review! Closer scrutiny revealed a number of studies didn't actually involve homeopathy at all; three being concerned with isopathy, and two with herbal medicine. Three others found homeopathy to be ineffective.

The potential for bias was rife, with some trials sponsored by the manufacturers of the substance under test and nineteen published in pro-homeopathic journals. Not one of the papers was double-blinded and only a handful claimed even to be single-blinded. Some dated back to the 1970's, so old no references were to be found online.

The most shocking aspect of the list though wasn’t the misleading promise of ‘truth’ from the BAHVS, it was the scale of the vivisection involved. In the name of the gentle art of homeopathy, hundreds of laboratory mammals were variously burned with lasers, scalded, incised, crushed, irradiated, had their jaw and leg bones fractured, were poisoned with strychnine, injected with formaldehyde, dry-cleaning fluid and cancer cells, and infected with sleeping-sickness. One experiment in a later section measured the effect of homeopathy in mice on “writhing induced by intraperitoneal acetic acid”. And it wasn't just mammals. One paper involved a group of unfortunate snails having their equivalent of a central nervous system dissected out for study.

And yet, even after all that, not a single one of these studies was fit for purpose. Inadequate methodologies, publication bias, vested interest and small group sizes ensured the mass sacrifice had been in vain. We still hadn’t come anywhere near proving homeopathy as a viable system of medicine.

It seems the homeopathic definition of ‘truth’ is different from that used by everyone else. It is apparently so elastic as to allow a mere book review to be transformed into a peer-reviewed paper; studies of herbal remedies to be proof homeopathy is effective; and to allow a single paper to be presented as two separate pieces of evidence. Homeopaths must think we’ll believe anything, on the one hand promising remedies are "NOT tested on animals" yet at the same time using exactly this type of evidence in support of their cause. The only explanation I can possibly think of is the authors of the “800 papers” must simply have hoped noone would read them and in this way they could completely pull the wool over our eyes. Perhaps this then, is the real magic of homeopathy.

I am trying to resist, but now my gaze is starting to drift down the page and I notice the first paper in the ‘B’ section also has nothing to do with homeopathy, being concerned instead with testing a herbal remedy. This doesn’t bode well.

References:
1 - Marston (2014) - Truth, evidence and marketing of drugs (letter) - Veterinary Times 7 April, vol 44 no 14
2 - Anon (2014) Veterinary Papers Peer Reviewed: Animal/Lab Studies by Name of Lead Author, A Research Database and Information for Homeopathy and its use in Veterinary Medicine [online: www.homeopathicvet.org/Veterinary_Research_into_Homeopathy/Veterinary_Papers_Peer_Reviewed_files/Animal%20Studies%20by%20Name%20of%20Lead%20Author.pdf]  [accessed 23/12/15]
Posted by Aillas at 10:05