"But we don't even know why mainstream drugs work, why pick on homeopathy - what about anaesthetics!" 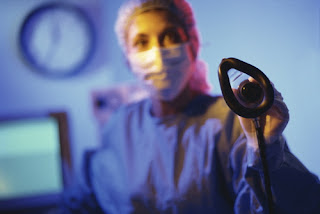 This particular argument runs along the lines that since, allegedly, we don’t know how many conventional drugs work we should basically cut homeopathy some slack and give it the benefit of the doubt. A favourite example is anaesthetics with claims that we have no idea how they work and no information as to their safety or cost-effectiveness, the implication being that if anaesthetics (which obviously do work) have no known mechanism of action then homeopathy also must work even though it also has no known mechanism of action.

This is simply another tu quoque argument – flawed and designed to mislead. There are several problems with it, not least of which is that even if we really did have no idea how pharmaceutical drugs worked it still wouldn't mean it was ok to go on using homeopathy. We don't have to worry about that though because not only is this argument illogical, it is based on a falsehood, presumably put about in the hope that readers won’t bother to check the far-fetched claims being made in the defence of homeopathy.

In fact we have a very good idea of how pharmaceuticals work, including anaesthetics. Take Alfaxan (alfaxalone) for example, a popular veterinary anaesthetic agent. Alfaxalone binds to specific binding sites on the gamma animo butyric acid (GABA) sub-type A receptors on the cells of the Central Nervous System. GABA is a major inhibitory neurotransmitter. When GABA binds to the GABA-A receptors this results in opening of chloride channels into the cells and an influx of chloride ions, resulting in hyperpolarisation of the cells and inhibition of neural impulse transmission. Alfaxalone enhances the effects of GABA at the GABA-A receptors, so causing greater inhibition of neural impulse transmission and, thereby, unconsciousness. This information, along with safety and cost data is widely available in textbooks and via the internet. Why anyone would want to pretend we don't know how anaesthetics work when it is so clear we do is a mystery, but possibly reflects the limited grasp medical and veterinary homeopaths have of proper medicine. 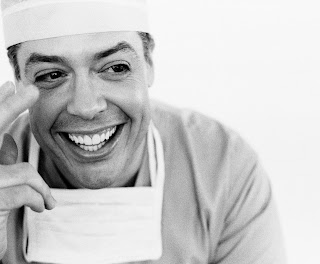 Even if we didn’t know exactly how anaesthetics and other pharmaceuticals worked we do know they have recognised, analysable, physical content. We know exactly what they are. Their mode of action, even where not known precisely, will involve a number of pre-existing mechanisms, all firmly grounded in the known facts of neurology, physiology and biochemistry. All pharmaceuticals, including anaesthetics, follow predictible, rational patterns – if I dilute an anaesthetic it will have a reduced effect, if I use a stronger concentration it will have a more profound effect. And anaesthetics actually work. If I get the dose correct and use the proper delivery route my patients will go to sleep – every single time.

The rational basis of real drugs means if someone makes the claim that a particular pharmaceutical doesn’t work, or has unacceptible consequences that claim can be investigate using proven scientific principles and, depending on the results, the drug will either be withdrawn from use or have its safety profile enhanced. To take extreme examples of both – thalidomide was withdrawn from use in the middle of the 20th century after investigation showed it was causing an unacceptible level of deformities in new-born babies whereas claims the MMR vaccine caused autism in children were discovered to be without foundation once the research was carried out, consequently the MMR vaccine is now one of the safest, most widely researched drugs on the market.

Homeopathy on the other hand has no rational basis and no content other than sugar or water, its ‘mode of action’ is a pure fiction. Infact several pure fictions, depending on what you believe – quantum, nano-bubbles, spallation, cavitation, the life-force etc… You’ll find a different ‘mode of action’ at every website you care to visit on the subject. Unlike real drugs, homeopathy follows no rational or predictable pattern – behind the closed doors of the consulting room it is reported to have profound effects yet when looked at objectively those effects vanish to the margins of statistical significance. When homeopathy declines to perform when tested by science homeopaths, instead of upping the ante and doing better research, simply make excuses; the energy has been ‘antidoted’ (by pretty much any substance you care to mention), or it’s being tested by people who don’t ‘understand’, or it’s the ‘wrong type’ of homeopathy – not individualised, or isopathy – or we’re looking at the ‘wrong results’. Yet all those excuses go out of the window if the results look even vaguely like they support the idea homeopathy works. Homeopaths’ view of a well-conducted trial is one that proves, not tests homeopathy, and that's not how proper science works.

Finally, with homeopathy if you dilute it, it supposedly gets stronger, not weaker. And no theory of homeopathy’s ‘mode of action’ has ever managed to explain that one. Why homeopathy should get more quantum activity, nano-particles, energy signatures, micro-clusters or whatever the more dilute it is, remains a total mystery, even to the most imaginitive of those practitioners and multi-national corporations who profit by it.
Posted by Aillas at 14:39